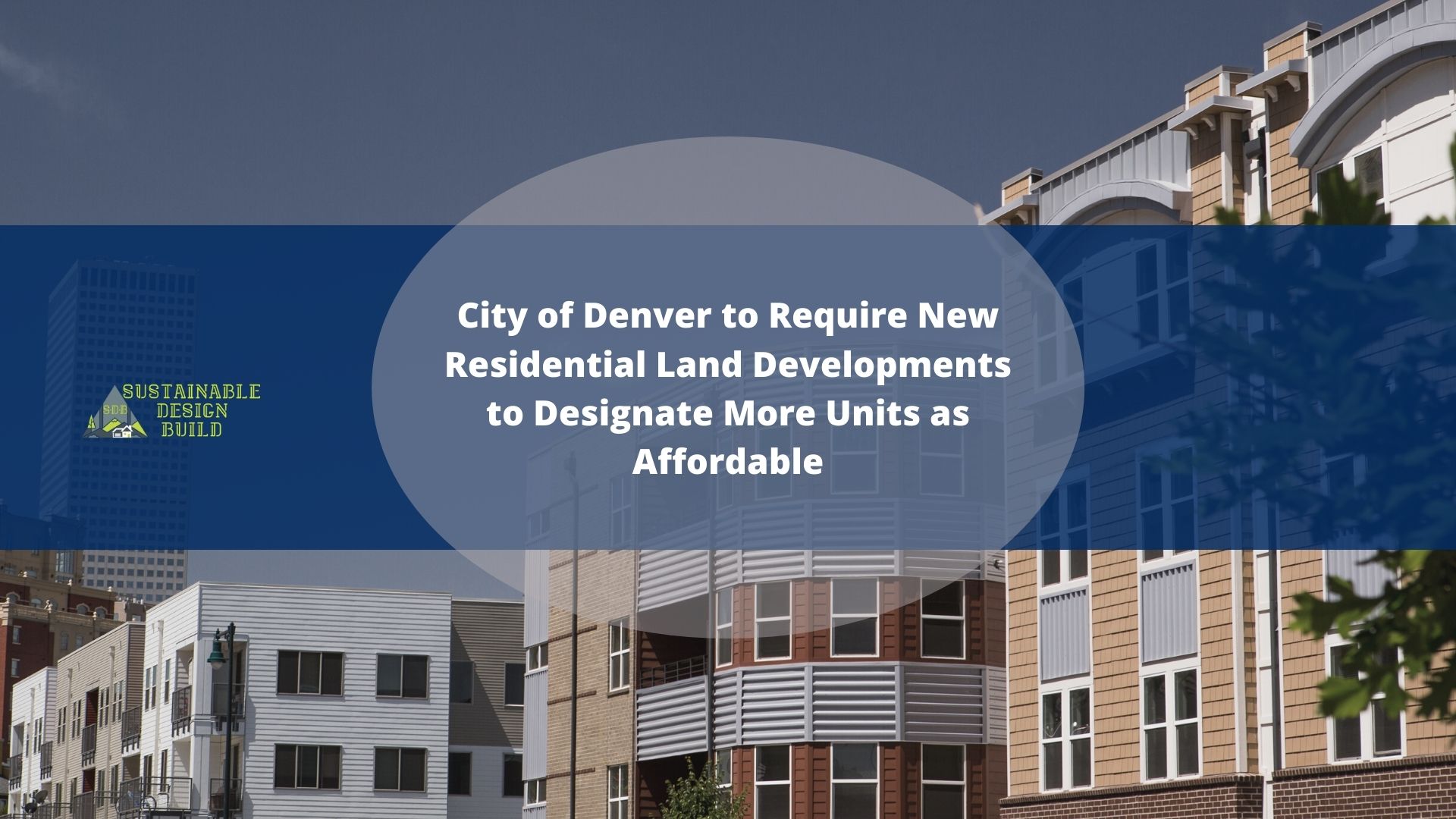 To address Denver’s increasing shortage of affordable housing, Denver’s Community Planning and Development, combined with the Department of Housing Stability, have released a final draft of proposed reasonable housing requirements for new commercial construction multifamily. The city’s proposal has been revised to require new commercial construction multifamily projects of 10 or more units to designate between 8% and 12% as affordable housing.

Denver has been in a situation that is widely considered a housing crisis where the rising costs of both rentals and for-sale homes are making difficulties for residents. Following an interview done by Mile High CRE, Britta Fisher, the executive director of the Department of Housing Stability claims, “One in three households in Denver struggles with housing costs, and 46,000 are paying more than half their incomes toward housing. These are our restaurant workers, childcare providers, and social workers – the people who make our city run. This proposal helps ensure they can not only work here but can afford to live here, too,”.

As a part of the original process, Denver’s new commercial construction projects are expected to pay set fees that aid with the future development of affordable housing. The pre-existing fee prior to the latest proposal is known as the “linkage fee”. Developers will pay linkage fees which in turn will find the support and creation of new income-restricted housing. This fee is included with the construction of all residential projects such as single-family custom homes, ADUs, and Additions. The current linkage fees for development vary between $0.44 cents per square foot to about $1.86. With the introduction of the new proposal, that fee is expected to be raised anywhere from $4 – $8 per square foot.

In addition to developers paying a linkage fee to the city of Denver, the proposal introduces another cost in case the new commercial construction project fails to produce the minimum requirement of units. This cost is called a “fee-in-lieu” which starts at around $311,000 in hopes to deter developers from circumventing affordable housing in their projects.

A policy designed for the future of new commercial constructions

The exact percentages contained in the policy vary based on the level of affordability offered, but in all scenarios, each of the units would need to be affordable for people making less than the area median income. The approximate median income in Denver currently is around $84,000 per household. According to Mile High CRE, there are hundreds of cities across the United States who are implementing similar proposals. Tools and initiatives like this are likely to increase as the housing concern grows.